To start my first ever blog post, I should mention that I am not a data scientist. I’m a microbiologis by training. But like many scientific fields, microbiology is becominge more data-centric. Every day (it seems), new technologies emerge that generate tons of data including genome sequencing and microarrays. About 7 months ago, I was hired by a research group that contracted out numerous samples to be sequenced/analyzed and they were sitting on the data because they had 0 clue how to analyze it. And that’s why they hired me!

Throughout my schooling, I’ve been very fortunate to attend lots of great, and not so great conferences that conform to a traditional “science” conference style…wake up, listen to scientists talk about their research, go to bed. Now don’t get me wrong, a lot of talks I’ve heard have been incredibly engaging and I leave the conference inspired to try new things in my own lab. Unfortunately, this is not always the case. There are a few conference faux pas that really turn me off:

Research funding makes microbiology inherintly competitive…and I think that’s what drives a lot of this hostility I just described. Luckily, it is becoming increasingly rare to witness the points above at conferences. But, what I experienced at RStudio Conference was…different. And different in the best way possible. In no particular order, here’s what I loved about RStudio Conference 2019:

Thank you RStudio for putting on a fantastic conference and I look forward to next year’s conference in San Fran 😃! 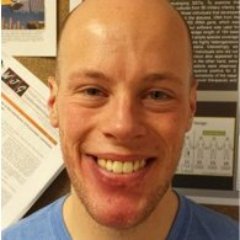